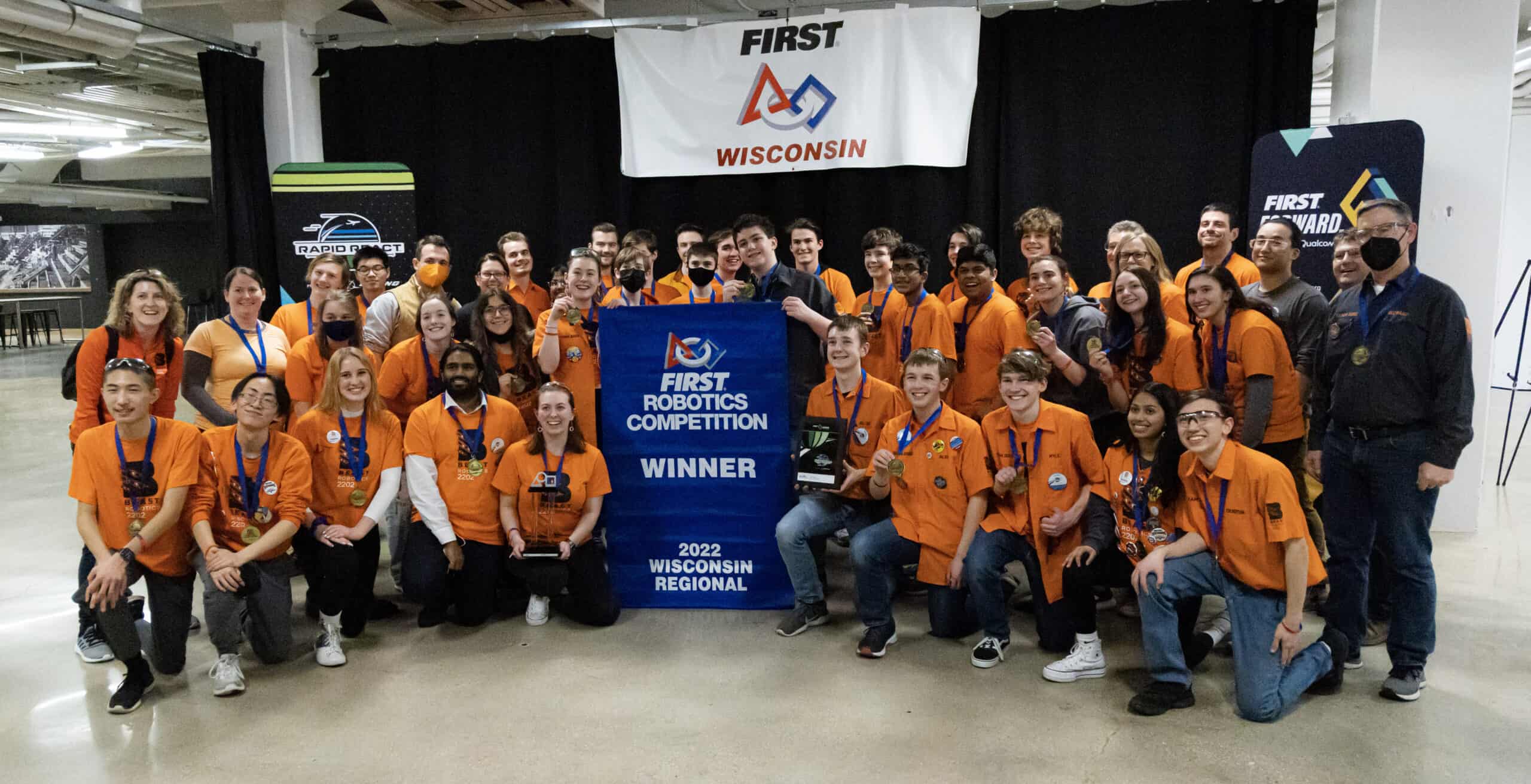 The 2022 FIRST Robotics Competition RAPID REACT has been an incredibly exciting season for us.

After learning a great deal about how our robot performed during the Sussex Scrimmage, we spent the next few weeks fine-tuning the programming for our autonomous mode, and testing a strategy that would let our robot conquer the hangar. We went into the Wisconsin Regionals at the University of Wisconsin-Milwaukee Panther Arena feeling optimistic. After 84 qualifying rounds, we were ranked 5 with a record of 14-4-0. Team 6421, the WarriorBots from Muskego, Wisconsin, was ranked 4 and invited us to join their alliance. We graciously accepted. Also joining our alliance was Team 2506, Saber Robotics from Franklin, Wisconsin. 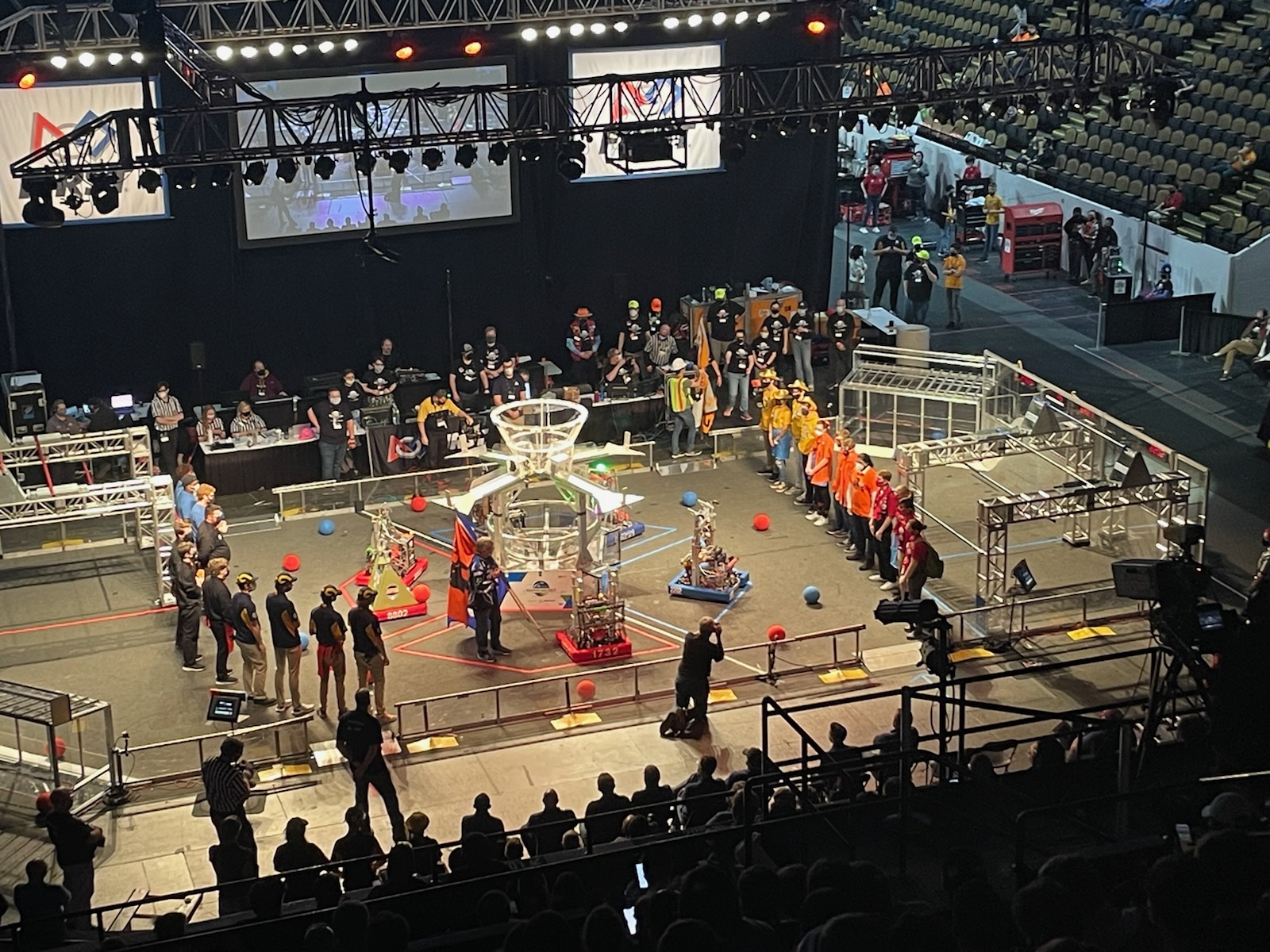 The first finals match was close, with both alliances well-matched. “It definitely felt like we were the underdogs” said Kyle H. “The other alliance was really strong and could outscore us.” However, with a little over a minute left in the match, Team 6421 WarriorBots was knocked over, earning the other alliance a red card. The final score was 74-0.

In the second finals match, we did well during the autonomous period, starting the teleop portion with a lead of 30-26. During the teleop portion of the final, both teams stayed neck and neck, scoring one right after the other. With 30 seconds left, the red alliance had pulled ahead with 43 teleop cargo points to our 30. Our alliance focused on earning points in the hangar. All three robots earned +15 traversal points, bringing the final score to 105 to 97. It was an exciting match, and the win earned us a place at the FIRST Championship in Houston.

In addition to the regional win, our team also won the Quality Award, which “celebrates machine robustness in concept and fabrication”. To win the award, the team must be able to describe how their design demonstrates exceptional quality that can withstand the rigors of competition. The design needs to include risk mitigation measures and contribute to the team’s success. 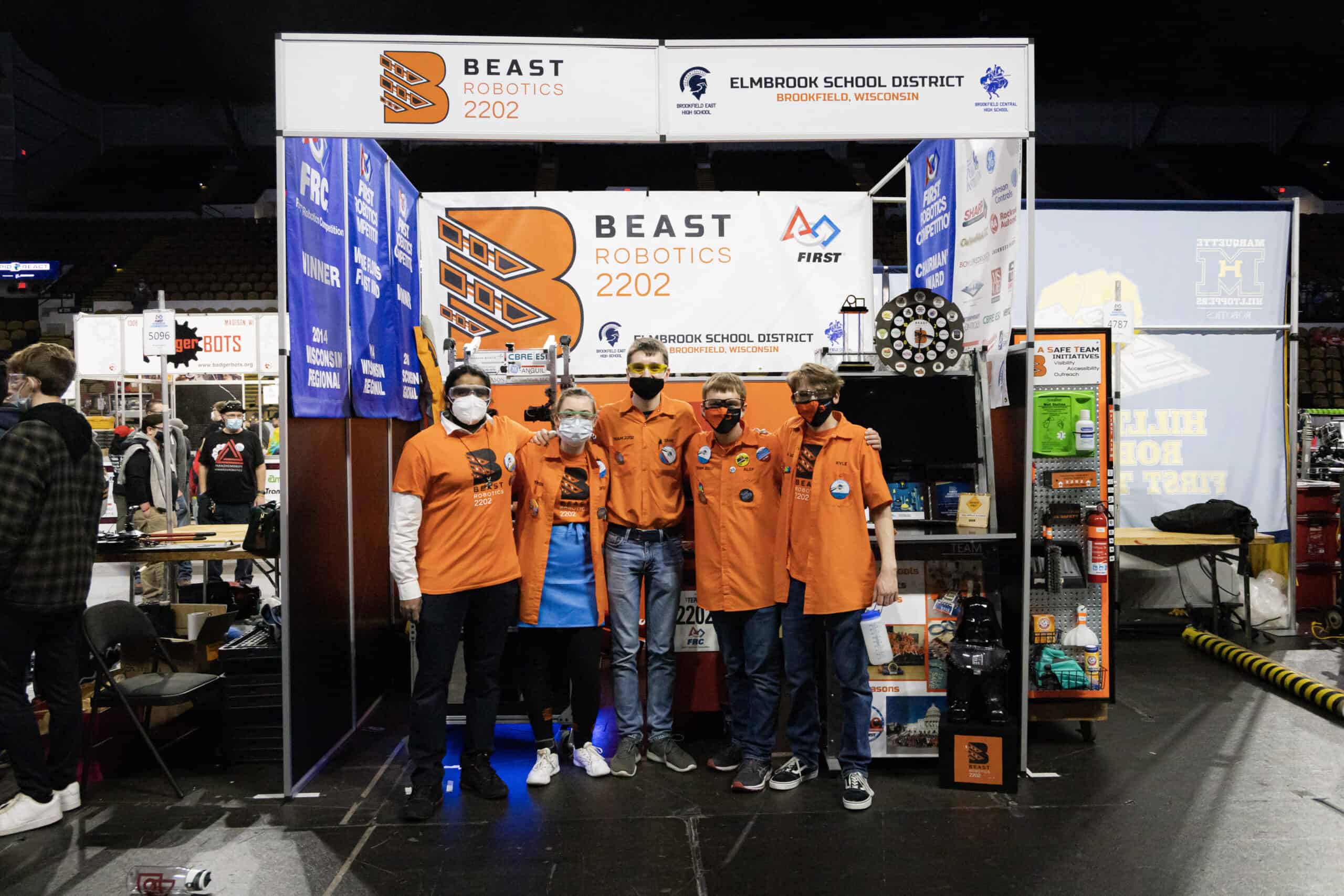 After our Wisconsin Regional win, we prepared for the Minnesota 10,000 Lakes Regional presented by Medtronic. We were the only team from Wisconsin at this regional, but in addition to Minnesota teams, there were also teams from Iowa and the Czech Republic. We finished qualifications with Rank 1, which was incredibly exciting. This time, instead of being asked to join an alliance, we were able to pick teams to join us.

“When looking for alliance members, all members of our team review the data collected in Appsheet from scouting matches at events,” said Emme D. “We look at statistics regarding shooting accuracy and ability, defensive capabilities, and average rung reached in endgame. We hope to create alliances with robots that have complementary strengths to our own.”

We chose Team 3630, Stampede from Minneapolis, Minnesota and Team 8516, Wired Up from Andover, Minnesota.

The first finals match was incredibly competitive. We left the autonomous period trailing by 4 points. We scored 57 cargo points to the competition’s 58. The final score was 112 to 114. Kyle H. said, “After the first final, I felt challenged. It felt like the odds were stacked against us. We had a yellow card, so another yellow card would mean a loss.”

For the second finals match, we sailed out of the autonomous period with an eight-point lead. We earned 62 points, and our alliance had two robots successfully traverse the hangar, earning another 30 points. The final score was 118 to 89, and we were back in the game. 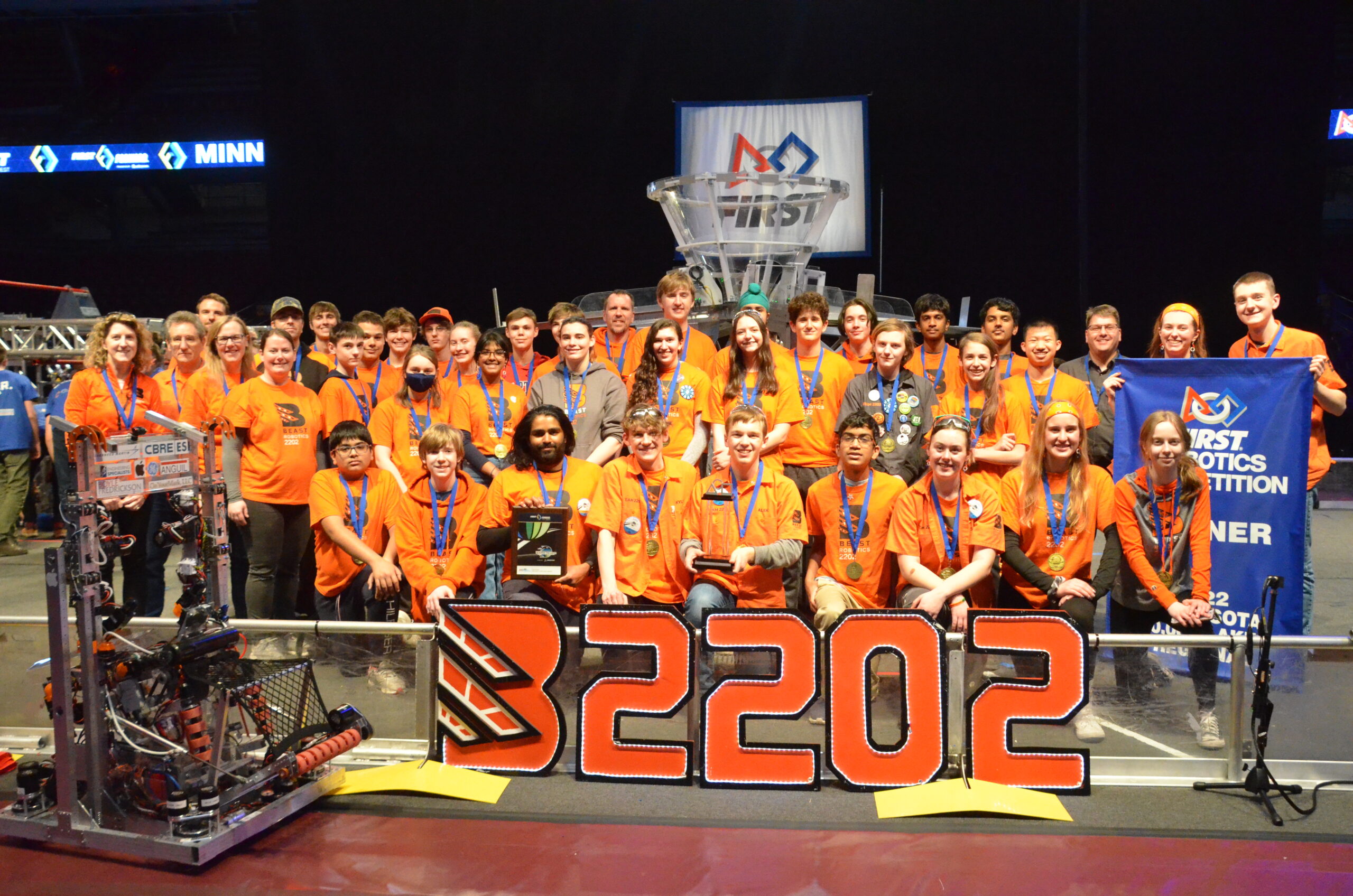 In addition to our regional win, we also earned the Industrial Design Award sponsored by General Motors. To earn this award, we needed to explain how our robot’s functional design was elegant but also practical.

Going into this season we could only dream of winning a Regional. Winning both the WI Regional and the MN 10,000 Lakes Regional is unbelievable! We’re proud of the design, function, & durability of our robot and the skilled team behind it. THANK YOU all!