This week at BEAST Robotics, the team focused on designing prototypes for the overall robot and chassis design as well as intake and game piece handling. The intake needs to be able to pick up both game pieces, either cones or cubes. The team is working on an intake that has vertical posts with spinning, flexible cables (kind of like the rotating brushes in a car wash) that can pull and push a game piece into the center of the robot, orient the piece, and allow the robot arm to access the game piece for placement.

The intake will be triggered by a light gate. A light gate has an infrared transmitter and a receiver. When a game piece passes between them and breaks the infrared beam (the “gate”), it is detected by the sensor (if you have a garage door opener, it probably uses a light gate to make sure the garage door doesn’t close on anything). When the light gate on the robot’s intake is triggered, the intake’s rotating brushes will start spinning and collect the game piece.

Once the team agrees on the initial design, the mechanical sub teams will begin assembling prototypes and working on integration of systems. The mechanical team uses Onshape, which is computer-aided design (CAD) software that allows the team to collaborate on a design, editing the same model at the same time. It’s a great introduction to CAD for the students. The designs are used to print smaller 3D models for prototypes and for the final, metal robot build.

The goal is to begin assembling the chassis and intake prototype next week. There are only about 40 days until the St Louis Regional, so the team is focused!

What’s New in the Shop

Big thanks to Milwaukee Tool, which donated another much-needed rivet gun, staple gun and cordless shop vac. Milwaukee Tool is a longtime supporter of BEAST Robotics. The team will use the rivet gun when they assemble the prototypes and chassis, and the staple gun and vac are always useful around the shop! 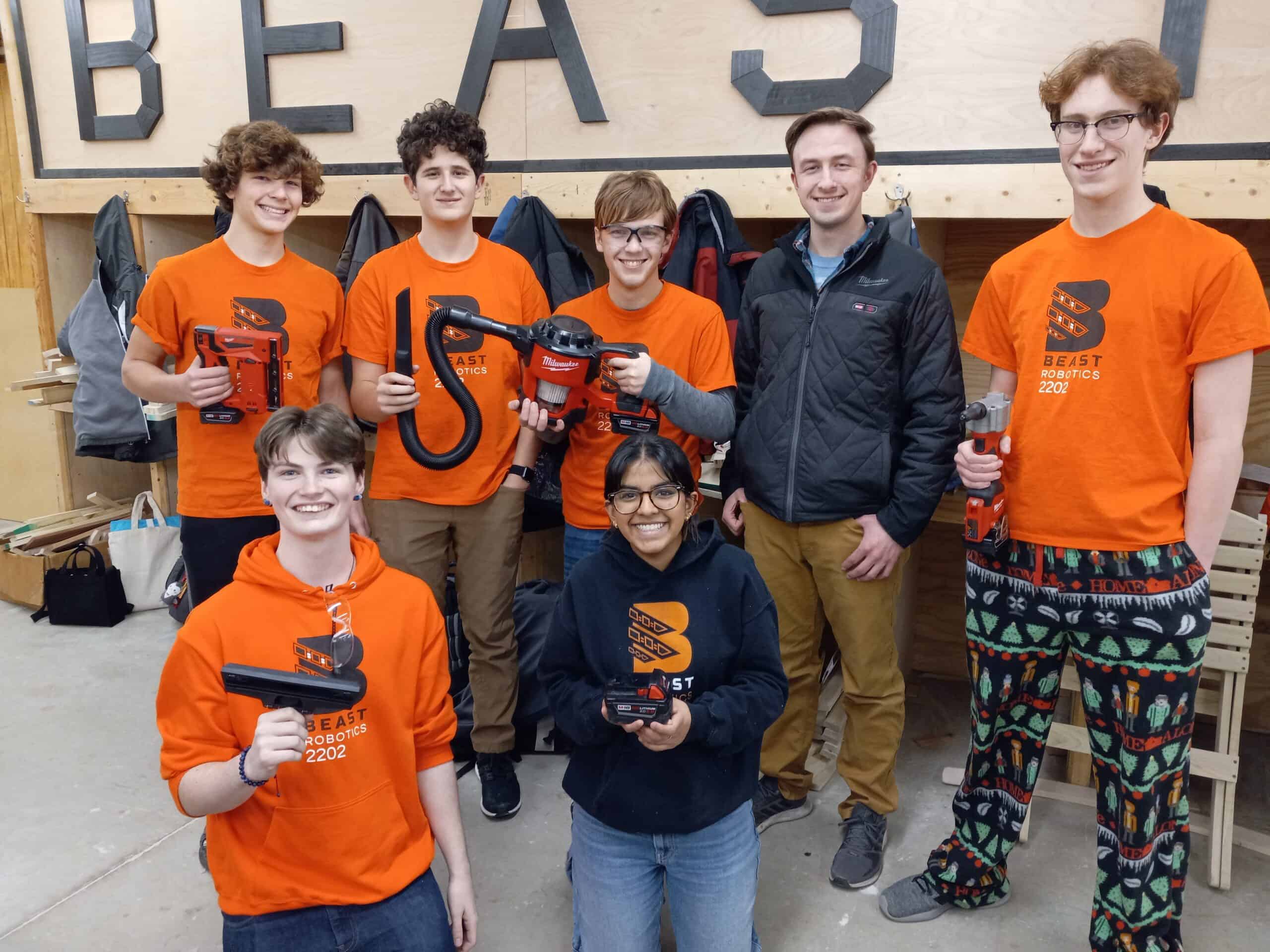