BEAST Robotics hosted its first Open House for parents, sponsors, and the community on November 12th. The team demonstrated the robot shooting frisbees, explained the programming behind the robot, and gave tours of the shop and work environment. Students registered and officially joined the team, creating the largest team BEAST has ever seen.

Read the article in the Brookfield Now about the event here. 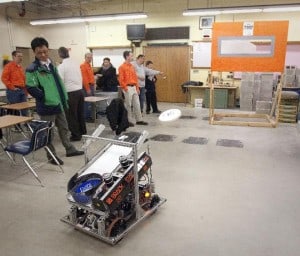