Kickoff, closer than you think 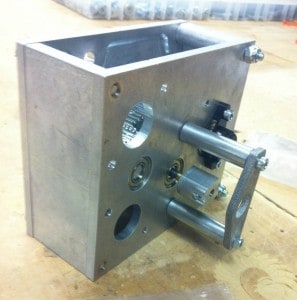 Kickoff is closing in with only 24 days left in the preseason!  Knowing the deadline is only 3 weeks away; our team is rushing to finish their preseason learning and experimental projects.

The 6 and 4 wheel chassis robots are coming to a close with only a few minor touches, a little tinkering, and a whole lotta pizzazz. The team had the Ultimate Ascent robot AND the 4 wheel chassis robot running at the German Holiday Market on December 7th at the Brookfield Civic Center. The Mayor stopped by again, as well as plenty of the community to see the impressive display.

The trebuchet, after remodeling, is functional and looking as cool as ever. Check out the YouTube Channel for some video of it in action.

Along with the few projects we’ve been working on, we decided to add one more… the “sonic shifter”. Though it sounds like a gadget out of a sci-fy movie or show, it is a gearbox for our future robot. The “sonic shifter” adds 100% more agility to our current robot. It offers us 2 gears instead of one, fast and slow, helping our robot perform at a higher level during competition. 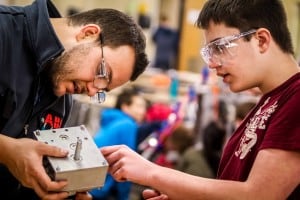 We also finished up the supply drive for The Guest House of Milwaukee homeless shelter. We gathered a lot of great supplies and nearly $200 cash for the shelter – we’ll be making some holidays much brighter for those in need. 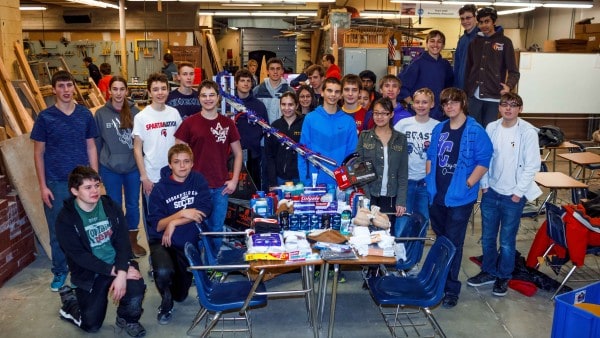 Thank you to everyone who helped support the supply drive!