Yesterday was the Mini-regional at Sussex-Hamilton High School hosted by FIRST Team 537 (team537.org). Not only did we get a chance to see the other robots, but it was a great opportunity to test our robot on a full-size field, examining its strengths and weaknesses.

Some of the things our robot does well include: 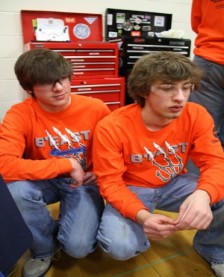 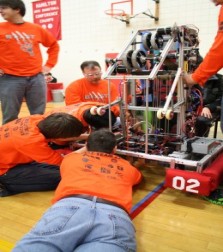 Weaknesses that we are now working on with great haste include: 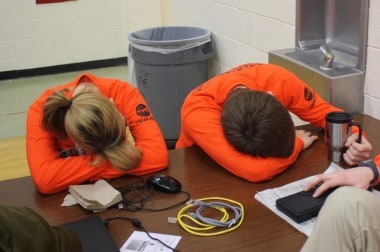 Debby and Ed taking a nap 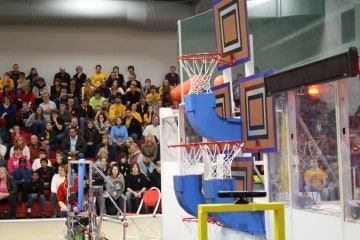 Our robot performed solidly at the mini-regional. Everyone was focused on the task at hand. We were able to score a good 4 or 5 baskets each game, especially after some tweaking by the programming team and modifications by the mechanical team.

We are confident that the robot will be operational when the actual regional comes along, but there are many things we need to get done: 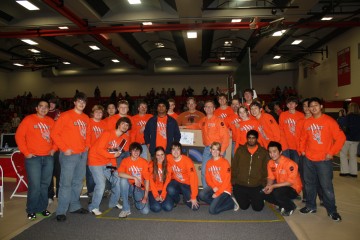 Mr. Burbey won the TV! Team picture with the prize

Unfortunately, the rookie FIRST Team 4095 at Pius was unable to make it; but their mentor, Mr. Eggers, came to cheer us on and gather intel. We are sure, however, that they will be at the regional in March.

A pleasant surprise came when Mr. Burbey won the first prize in the Wisconsin mini-regional raffle. He took home a 60” flat screen TV. Fortunately, he had come with an empty mini-van with which to transport it.