This is the first week of the FIRST Robotics 2012 build season, and the team is hard at work.

So far, the mechanical team has brainstormed and built some promising prototypes for shooting, sweeping, and manipulating the bridge. The team also built replicas of all aspects of the field, like the goals, bridges, and barrier.  We hope to begin actual production and testing of robot sub-devices soon. 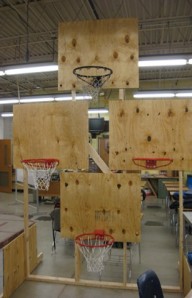 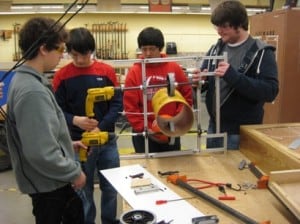 Meanwhile, the programming team has reviewed C++ programming and coded a testing robot for the mechanical team. The team also experimented with using the Microsoft Kinect and discussed goals for computer-facilitated aiming and camera target-tracking. 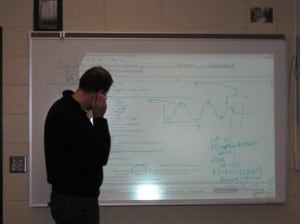 We are making solid progress, but there is still a lot of work remaining. 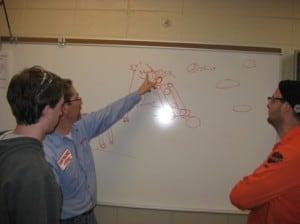