This week, the mechanical team created an operating ball-shooting prototype. The shooter required time and precision construction, and we are quite pleased with the results.

Shooter from a distance:

They also created the chassis based on ideas of how to traverse the barrier. A concept for a device to cross the bridges has also been produced. 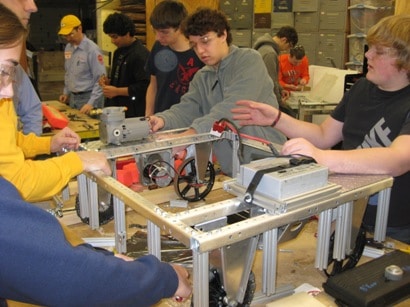 Prototype for traversing the barrier:

We are optimistic that all of this will come together and create a robot as effective as we want it to be, and we are working hard to accomplish that goal.